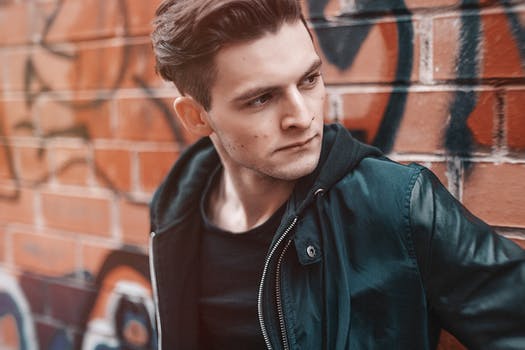 When your significant other says he needs some space, or you notice that he is distancing himself to make some, you dread the worst. You fear that space means he has had enough of your relationship and he wants out. But sometimes space is just that, a chance to make some room for yourself while still being in a relationship.

That’s perfectly normal. Two people in a relationship need to hold on to their individuality and to the life they have outside of the relationship as well as the one they are creating together. It may sound abstract but granting space and freedom in a relationship pulls you closer.

The downside of needing space is that men and women perceive it differently. That’s why when men say they need space, women assume the worst and go into this state of confusion and sadness, while the men had no intention of making them feel that way.

To make things a bit more clear, let’s look at the possible reasons why men say they need space and the ways to deal with it that will increase your chances of saving your relationship and making an even firmer bond:

1. Clinginess
Some women become clingy without even being aware of it. It’s like a natural reflex. When a relationship starts feeling a bit more serious they hold on to their partner more tightly because they are scared of things not working out. So they unintentionally suffocate the relationship by obsessing and overanalyzing every situation, insisting on being in constant contact, spending as much time as humanly possible with their partner and not giving him any room to breathe.

The most important thing to do here is to be able to admit to yourself that you are clingy and see what you can do to overcome it. Your fears are probably unfounded and there is no need to put that kind of pressure on your partner.

So if this is the case and he says he needs space, grant him that space. Occupy your mind with yourself, work on something you are passionate about, create, discover, don’t let your feelings and fears be the ones to ruin your relationship. Because if space is really the only thing he needs, your relationship will prosper—there is no doubt about it.

2. Things are moving too fast
The main reason a man fears commitment is when he believes if things are more serious, he will lose his freedom. They all have that one friend or a few of them who ‘stopped being themself’ after being in a committed relationship, they never have time to hang out, they don’t do things they like and their girlfriend calls every few minutes to check up on them. He doesn’t want to share their fate so he pulls away and looks for some space.

The worst thing to do here is not to grant him that space. Do the opposite, encourage him to go out with his friends, be supportive when he has a new goal, give him some time for himself when he asks, don’t text him often. Trust him. If you give him space he will come to you, he just needs to feel free to do the things he likes.

He has to see that you are not holding him back but rather encouraging him to be himself. He has to feel that the relationship doesn’t mean putting chains on somebody. By giving him enough room you will make him miss you when you are not around.

3. He needs time to deal with his own issues
When men are stressed, overworked, sad or generally feeling lousy, they will seek some solitude. They will create some distance. It won’t be because they lost all their feelings for you or because they have any intention of hurting you, they do it because they are programmed that way.

The main culprit for misunderstanding here is gender differences. While a woman would immediately talk to somebody and pour her heart out in a bad situation, a man does the opposite, he withdraws and excludes everyone around him. He doesn’t want to talk about it or even deal with it.

Try to understand where he is coming from. Don’t try and force things out of him. Observe him, as maybe you already know why he is acting weird and distant all of a sudden. The main reason he doesn’t come to talk to you openly about his problems is that he doesn’t want to look weak in your eyes. Give him some time to come around and talk to you. It probably has nothing to do with you or anything concerning your relationship, he is just dealing with his own issues in his own way.

4. Misunderstanding or problems in a relationship
The same behavioral pattern as when he has his own issues to deal with will arise when a relationship goes through some issues or problems. Instead of talking about it, he will stay silent and change his behavior. He won’t say that he feels like you don’t understand him or that something is not working right because it’s not a ‘manly’ thing to say. The only solution he will see is to take a step back and figure out where everything is headed.

This is the time when you have to speak up. If you are under the impression that things aren’t right between you, you have to find a way to deal with it. Ask him what the problem might be. Whatever he tells you, don’t overreact or go into defense mode. You will do so much more by listening and trying to see things from his perspective. If you can understand him, then you can find a solution and work on the problem and avoid making even bigger ones by ignoring them and sweeping them under the rug. They are bound to come out, it’s just a matter of time.

Whatever his reason for needing space might be, you have to remember that 95% of the time it doesn’t have anything to do with you and everything to do with him. Men and women are just wired differently and they have different ways of dealing with certain situations. That’s why they hit rough patches and fail to communicate so easily at times.

In rare situations, he might be using ‘space’ as an excuse to break things off and you will be able to tell by his complete disinterest in you or your relationship. He will distance himself completely. But the most common case scenarios are the four situations listed above.

He will need some actual space for himself but that doesn’t have to be something awful. He will still be around and attentive but maybe the intensity will be reduced and that is quite normal when relationships get a bit more serious.

You might miss the quantity of time you spend together but the quality will be so much greater. Some room to breathe will give you a chance to miss each other and new interests and activities you do in your alone time will make your conversational topics broader and more interesting. So when you really think about it, granting each other space might be just the thing you needed all along.