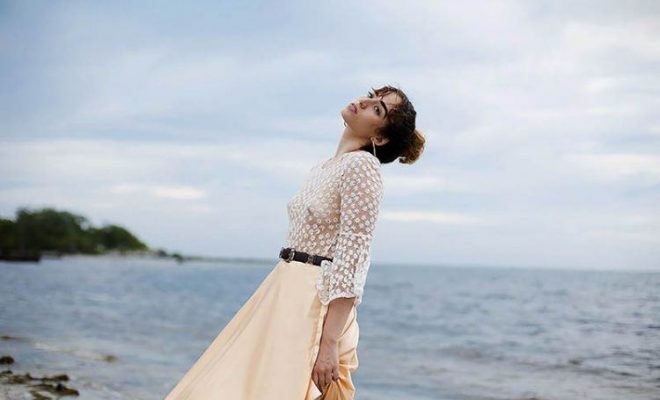 Screw You For Not Seeing Her Worth

You really don’t get it, don’t you? You are too blind to see that perfection that is standing in front of you. You are not aware that she is a diamond in the rough and that her heart is pure. Can’t you see that she actually wants to be all yours, ignoring all those guys who are hitting on her? She refuses all of them because of you but maybe there is a guy who would fit her much better than you. Don’t you see that you are going to lose her if you keep treating her like this?

So, screw you for making her think that she is the unlovable one. While you are making her feel sad and while she is crying herself to sleep because of you, there would be a man who would cherish her as if she was the apple of his eye. There is a man who would be thankful to heaven for sending her his way and the one who would do anything for her. And you know why? Because that is what she deserves.

Screw you for keeping her in your almost relationship. If it wasn’t for you, maybe she would find a man who would show her off like she was the best thing that happened to him. A man like that would kiss her and hug her in front of others, even if everybody thought that he was a wuss. He wouldn’t mind going the extra mile to show her his love and he would cherish her because of the way she is inside and not how she looks on the outside.

Screw you for leading her on. While you were doing that, there is a man who would never do something mean like that to her. He would be straightforward and his actions would mean a lot more than his words. A man like that would make her a priority and not second best like you did.

Screw you for having sex with her and then putting her on hold the next day. There is a guy who would stay all night kissing and hugging her. He would take her to work and invite her out to lunch the day after. He would ask her if she had a good time and he would tell her that she made him so happy. He would look at her with sparkles in his eyes, not believing that a woman like her decided to go out with him.

Screw you for flirting with other girls in her presence. When you did that, you broke her heart and she had put on that dress that you really like and did her hair just to go out with you. She wanted to be beautiful for you but you didn’t even see her because you were preoccupied with staring at another girl’s boobs. A real man would never do that to her. He would cherish her like she was the only woman alive.

He would make her feel special and he would do anything for her to feel good. He would never hurt her feelings because he knows how a broken heart hurts. It falls apart into a million pieces so strong and loud that it shakes your whole body, yet quiet enough to be able to hide it from the people around you.

Screw you for calling her only when you feel down. There is a man who would call her every day to ask how her day was and to ask her to go out with him because he misses her. A man like that would text her as soon as he let her go, to show her that he misses her and that he would love it if she could stay at his place that night. He wouldn’t even make love to her. He would just make her dinner and he would put her to bed, cuddling her and kissing her forehead once she falls asleep.

Unfortunately, that man isn’t you!

Related Items
← Previous Story To My Boys Who Will Become Men – Advice From Your Mother
Next Story → 18 Signs You’re A Strong, Independent Woman