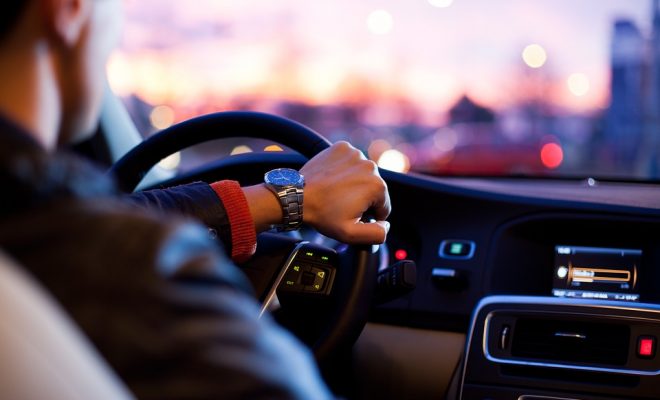 My Husband Hates Me, What Should I Do?

When we decide to spend our life with someone, we don’t expect for that to fall apart. We don’t expect that the person who committed to loving us till death do us part stops caring. But it happens and when it does, we’re left wondering how did we get here? Was there anything I could’ve done differently? Was there something I missed? Why does my husband hate me?

What’s important to know is that you’re not alone. There’s a really thin line between love and hate. So, while there’s hate (or you believe there is), there’s still a chance for love to be reborn. Once he stops caring about you, once you see that he’s done fighting, there’s no going back. But as long as he fights, as long as he sticks around and shows any kind of emotion, there’s still hope. But how to know if he really stopped loving you, or if this is just a phase you’re going through, something that’s temporary and can be easily solved? Well, first look for signs that can tell you that his love turned into something different.

1. Lack of communication
Lack of communication doesn’t necessarily mean that the love is gone, but listen to what your gut is telling you. If you feel tense while he’s around and yet you’re not talking, you’re not yelling or fighting, that could mean that something is up. When we’re connected to someone, we can sense their emotions and that affects us. So, if there’s tension and negative feelings, but no communication, your gut might be right.

2. You fight all the time
You can’t even have a normal conversation without someone snapping and starting a fight. If it’s him in most cases and if he blames you for his problems or for anything that happens, that’s a sign he’s comfortable with making you feel bad. Unless he’s ready to sit down and address the problem, this could be something that’s going to affect you really badly if you decide to stay.

3. He hardly puts any effort into the marriage anymore
Portrait of a man

You can’t remember the last time he did something nice for you, not even the dishes after dinner. If he used to remember every important date, like your anniversary and birthday, and now he straight-up ignores them to the point where you feel heartbroken, that’s a sign he’s full of hate.

It doesn’t necessarily have to be hate toward you, it could be hate toward himself or the idea of your marriage, because he feels like he would have succeeded better if he had stayed single. This could have been caused by setbacks in his career or something bad that happened to him, but he’s not ready to admit the real cause of the issue.

4. He takes you for granted
He thinks that you will be there no matter what he does, no matter how badly he treats you, and for some reason, it irritates the crap out of him. No matter how ugly he behaves, you still love him, and he hates you for it.

He hates you because you’re taking the high road, you’re still fighting for the man he once was and it’s making him feel bad. He’s not mature enough to leave, he’s not strong enough to fight, so he drowns himself in hate toward you. But what can you do when your husband hates you?

5. You can’t remember the last time you made love
This is usually the number one sign that the love is gone, when a man loses interest in having sex. But it’s usually combined with complete avoidance of touching her at all. There are no kisses, hugs or cuddling. There are several reasons for couples not having sex, like he lost his job or he’s sick, but if everything is fine with him, then it’s not that he’s incapable of making love, he’s simply not interested.

6. He gets irritated when you talk
Whatever you say, it’s stupid to him. He lost his respect toward you, so if you’re telling him about your day at work, he makes comments about how your job is pointless anyway. If you’re trying to tell him how you feel, he straight-up tells you that you’re exaggerating and that you’re crazy. You feel like he hates you for just breathing around him, and well, there’s the possibility that he might. Don’t let him belittle you, try to show him that he’s hurting you.

7. You suspect he’s cheating
If he’s suddenly so mysterious about his life and he used to share everything with you, that’s a sign he’s losing interest in you. If he’s carrying his phone around with him all the time, even when he’s taking out the garbage, if he’s laughing at something he saw on his phone, but acts offended and irritated if you ask him about it, that could be a sign he’s cheating. If he snaps at you for asking questions about his privacy and his emotions, he doesn’t want to be around you anymore. He doesn’t want to share his life with you the way he used to.

You recognized some of the signs and now you wonder if there is any hope. There is. He wouldn’t have stuck around for this long if he didn’t love you in some capacity. Now you must be wondering why he’s not showing it. Most men don’t articulate and express their feelings well, unlike women. It’s not just love that’s the problem, it’s pain, frustration and everything else. His inability in dealing with struggles can lead to bottling up his feelings which can come out as anger and hate. Or your relationship might not be going well. If you’re having problems, that could just be his way of dealing with them, like pulling away, using silent treatment or acting in a way that makes you believe he hates you.

You want your marriage to succeed. You’re still not ready to give up on you, but you’re wondering how to make my husband love me again? Don’t worry, any couple can find love again if both partners are willing to work at it. Take things slow and if you don’t work it out together, there’s no shame in seeking professional advice or counseling.

1. Honesty
Be honest with each other. Sit down and tell him how you really feel right now, and be prepared to accept his reply, even if it hurts to hear it. If he feels neglected because of your work and hobbies, accept that. Not everything is black and white and you could both be to blame for your marriage falling apart. And try to talk to each other more often, don’t ignore your feelings, don’t ignore the pain; it will only pile up until one of you snaps again. Honesty is the first step toward regaining love.

2. Communication
Most couples come home from work, turn on the TV, do house chores, deal with the kids and never talk to each other. They go to bed exhausted and separated, drained from the difficulty of everyday tasks, but without sharing the load with someone. Healthy communication is the next step to make. Try to make a deal that you will talk to each other every day for a certain amount of time and that you will stick to that decision.

There’s no way you can know how he feels if he doesn’t tell you. And there’s no way he knows what you need from him, unless you tell him. Communication is important so treat it that way. You’d be surprised to find out that even just a bit of talking goes a long way. You’ll feel closer to each other and you’ll find a way to enjoy each other’s company, like you used to.

3. Meet each other’s needs
Remember when you first started dating and you wanted to do anything just to make the other one happy? What happened to that? Your obligations, kids, work and stress took away your will and time for that? You no longer know what his needs are?

Try to find time to take care of each other. You really need a massage after a long day? Offer him one too, if he helps you with that. He needs you to help him with a work presentation? Don’t make excuses, because he won’t turn to you next time. Show each other that you still matter, that your feelings and needs matter butt make sure it’s not a one-sided relationship. Work together.

Take a cooking class together, take a break from the kids. Prepare for a date separately and meet in a bar, like you used to when you first met. Remember all the dreams you shared with each other and try to make them happen. Go bungee jumping, take an art class, take a brand-new Porsche for a test drive. There are no limits, as long as you’re together.

5. Work on yourself
Portrait of a woman standing in room

While you’re trying to save your marriage, don’t forget to save yourself too. Don’t lose yourself along the way while you’re trying to find love. Treat yourself to a spa weekend, hit the gym and try to eat healthily instead of getting take-outs. I know it’s easier to order food than to cook it, but you can literally make a healthy meal in under thirty minutes, something the whole family can do and you can spend quality family time together at the same time. Make doing the dishes fun, or dance around the kitchen while you’re cooking, as dancing improves our mental health and boosts our mood.

Make the best out of your day and show your husband that you still have that spark inside you, that you’re still that amazing woman he once fell in love with. Show him that you’re even better than you used to be, but to do that, you have to fall in love with yourself first.

If he’s having trouble at work, show him that you believe in him, that you have no doubts about his skills and ability to solve a crisis. Understand that he deals with troubles differently than you do. Women are proven to handle multitasking better than men, and we take care of business, the house, the kids AND still manage to make our husband happy. But men are not as good at handling more tasks than one at a time. So keep in mind that if his best might not seem enough to you, that’s not a sign that he hates you. Show appreciation and support and he will show them back to you as well.

7. Fight for the marriage
Work together, fight together. Agree that you will do it together, that you CAN do it. Make a list of reasons why you want to save your marriage, then make a list of things that you once loved about each other. It’ll help you to see that it really is worth it and it will help you to understand how much you’ve changed over the years and that your love changed as well. You matured differently, and so did your love. Now it’s time to work on it once more, to truly show you care about each other.

Related Items
← Previous Story What To Do When Recovering From A Breakup: 90 Days No Contact Rule
Next Story → 10 Reasons Why Marrying An Empath Will Be The Best Thing That Could Happen To You