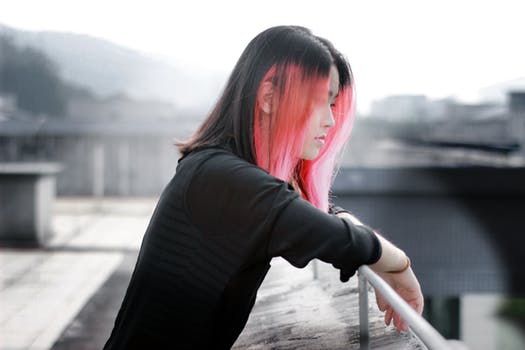 How To Handle Conflicts In Your Relationship

In your relationship with your partner there are some intense emotions involved that can make your relationship a bit harder than it should be. Because of these emotions, frustrations and the whole madness you end up in, in different conflicts and arguments, things can easily get out of control.

There are a few things in relationships that we need and if those needs aren’t met we tend to burst out in tears, we tend to yell at each other and mostly we don’t listen to what our partner has to tell us. Maybe their arguments really are valid but we refuse to listen because our mind is clouded with anger? Who knows?

But in order to make our conflicts with our partner productive and in order to solve the issues we sure do have, we need to follow some instructions so that it doesn’t get out of hand too easily.

1. Be honest and direct
Honesty doesn’t give you the permission to be an ass. If you have a problem you shouldn’t be pointing it out in a passive-aggressive way but rather be honest about the problem and point directly at it. Don’t try to make it sound smaller than it is, because it is a problem and no matter how ‘big’ or ‘small’ it might be, it’s still a problem you should be considering and discussing with your partner.

If you don’t understand what your partner is trying to tell you, then don’t pretend like you do. In fact, stop him at this point and calmly ask him to repeat himself so you can have a better picture about his view on this certain topic.

Also, if you don’t feel like apologizing, then don’t. It’s better to tell him that you’re not sorry about something you did and explain the reason why, than to apologize in a disingenuous way that can only make him more mad.

2. Listen!
The biggest issue in conflicts is that we don’t listen to what our partner has to say. We pretend that we’re listening but we’re actually just waiting for the perfect moment to talk and say what we have to say, which leads us to only hearing what we want to hear. It’s very hard to actively listen to what your partner is telling you because you’re thinking of a response at the same time. But rather than that, between what he tells you and your reply, take some time to think about your thoughts and emotions so you can respond in the best way possible.

3. Don’t yell
Why do people have the urge to yell while arguing? I know that it’s something like a reflex when we’re mad but it doesn’t mean that yelling should be excused that easily. If you’re yelling, chances are your partner will follow your tone. But if you’re calm, collected and if you talk in a normal tone, you have the upper hand because your mind isn’t clouded with grief or anger. Also, your partner will again follow your tone and the argument automatically becomes calmer and you can discuss things in a peaceful way.

When you’re yelling, your mind gets clouded, you start talking faster and there’s no way you can collect yourself to the point where you are able to talk about everything that you’re upset about.

4. Set boundaries
Setting boundaries is extremely important when we’re talking about conflict solving. Why? Well, because healthy boundaries make sure we have a happy life. If you see that the argument is getting out of hand, that the two of you are simply losing focus of the topic and so on, then there’s no need to continue the conversation.

When you decide that you want a break, both of you go and have some alone time. Go for a walk or even get a full night of sleep, because you can’t think straight and you need to recharge. Maybe in the morning the things you were fighting about won’t seem so strange and scary anymore.

5. Be patient
It’s very important to be patient. Having patience means that you won’t split up just because of one random fight and the fact that you weren’t able to solve the conflict in a few hours. Some core problems in relationships can only be cured by long conversations and a lot of time and effort invested by both of you.

Relationships really are hard work, so don’t expect things to always be so easy. Take your time in solving problems and don’t rush one another to make decisions overnight. Some things really need a lot of time and patience, especially if it’s between two people who love each other and want things to work out for them.