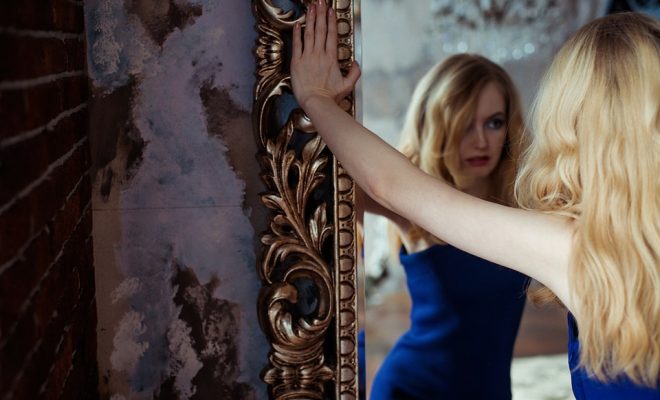 7 Ways To Get Sweet Revenge On Your Ex

When you get hurt, the first thing that happens is you get pissed. You would break him like a twig if you could. You can’t comprehend why things had to happen the way they did. Why did he have to break your heart and stomp on it, then leave it by the side of the road?

You have no idea what hit you and why you are feeling the way you feel. In all that anger you are unable to see that getting dumped is a good thing. You don’t understand that he gave you another chance to find true love, that getting rid of him is the best thing that could have happened to you.

So you ache for revenge—oh that sweet, sweet revenge.

I’m not talking about keying his car or stalking him because that is disturbing really. Revenge is good, but only when that revenge doesn’t take you down to his level or mess with your head. Let’s say that I’m talking about healthy revenge, the kind that makes you feel better by doing nothing harmful to him directly.

Check out some of the ways you can get even with him but by taking the high road, leaving your pride and ego intact:

1. Move on with your life
You have to forget about him and move on with your life. Take brave steps toward your future and make sure he knows it. Don’t give him the satisfaction to see that you’re hurting because he left you. Don’t give him a reason to think that he was the most important thing in your life, even if he was. He doesn’t deserve that because he left you, with no closure. He acted like a boy and not like a man. The best revenge you can get is to make sure you move on and you are doing well and he knows it!

2. Karma works miracles
You practically don’t have to do anything. Let go of the mind games and cunning plans because they won’t do you any good. They will only make you feel satisfied for a moment, but when you cool off, you’ll become bitter and sad once again. Let karma do her thing. If he deserves to be punished, he will be and you don’t have to do anything about it. You know what they say: ‘What goes around, comes back around’. He will get his, just wait and see.

3. It’s time for a rockin’ figure
Train! Exercise whenever you have the time. Not only is it good for your health, but it’s the best way to blow off steam and induce that feeling of relaxation like nothing can touch you. On the plus side, you’ll get your body into perfect shape and you won’t have to do anything from then on. At the slightest glimpse of you and your stunning figure, he’ll be sorry he ever left you, but by then, it’ll be too late.

4. Don’t say anything at all
I know that you want to scream at him and that you’re frustrated, but believe me, sometimes it’s just best to say nothing and take the high road. Simply, ignore him. If he cheated on you, he is probably a narcissist and there is nothing narcissists hate more than being ignored. You’ll hit the bullseye if you give him the silent treatment.

5. Instead of revenge, bring your old self back
Instead of revenge, focus your energy on healing and getting better. Because if you focus on him and ways to get revenge, you won’t have enough energy left to get yourself back on your own two feet. Forget about him and focus on yourself, on getting better, on healing your broken heart and on getting your self-esteem back. It is in our nature to want to get even and not everyone can resist it, but believe me, it’s so much more satisfying and better for you to put yourself before him and move on.

6. Do what you wanted to do together
Your life doesn’t have to stop once you are not together. Do the things that you were planning on doing with him, but do them all alone. If you wanted to go take a trip but you broke up, take it on your own. Believe me, a little bit of solitude and somewhere far away from the people who know you is something that will benefit you. You need to clear your mind and accept what has happened. You’re not going to manage that by sobbing at home and planning vengeance on him.

7. Write down what happened to you
You don’t have to be a writer to be able to write. Just take a piece of paper and get your emotions, your anger, frustration, and sadness out… write it all down. Let those emotions out and write them down. They don’t have to be connected and your story doesn’t have to make any sense. The only purpose of this is to let it all out. You’ll feel better, you’ll see and who knows, maybe you will discover a long-hidden writing talent and you’ll thank the idiot who hurt you, manipulated you and left you alone.