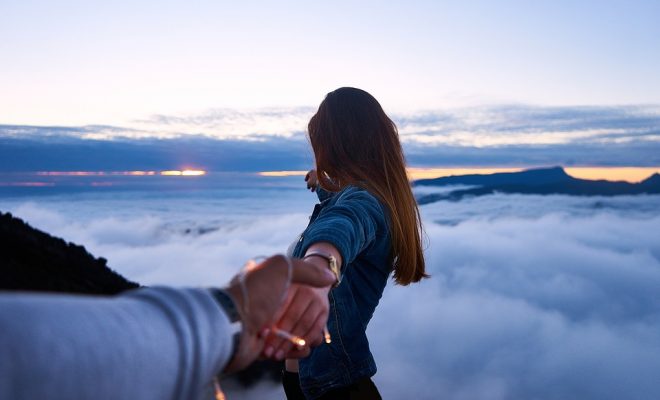 At the beginning of a relationship, it’s a bit hard to see if we’re actually compatible with someone, because of all these mixed up hormones that occupy our body and mind. We tend to think that the same taste in music means that we’re compatible, but taste in music doesn’t solve problems, right? You need to be careful with relationships because physical attraction can make is seem as if you’re compatible, but he might be a selfish d-bag and you are needy as hell. That’s why I’m giving you 10 things that show you’re not compatible with someone:

1. He never gets what you’re telling him
You might be in an argument or even just talking about a certain topic and he makes you explain everything to him, like to a little kid. He might even be trying to understand you, but he simply can’t seem to get the hang of it.

2. You’re outgrowing him
You are all about that self-improvement, learning and growing, but all he does is sit at home watching TV the entire day. Wouldn’t it be more awesome if you had someone by your side who could show you new perspectives on the world and someone who loves self-growth as much as you do?

3. You’re not yourself around him
Usually, you’re relaxed and funny, but for some reason you get really anxious around him. You feel like he wouldn’t like that side of you so you keep it locked up, safe inside you, and you never show that side around him.

4. He lets you down
Some gestures mean the world to us, like if we’re sick and we can’t find the strength to get out of bed and someone comes to make us tea and be there for us. We cherish and appreciate those people a lot. But your partner simply doesn’t realize that you need him to be there for you from time to time. Instead of that, he lets you down quite often and you don’t seem to realize why.

5. He doesn’t care
Now you refuse to tell him anything. He’s so uninterested in your life that it starts to hurt your self-esteem. So you don’t bother telling him how your day was, or telling him that you feel like shit because of him. He simply doesn’t give a damn.

6. He’s critical
Here he comes, after days of not even asking you how you’re doing, but now he’s telling you how ugly you look in your favorite dress. Are you really going to tolerate that? People who love us, love us for who we are and they will never try to make us feel bad about that.

8. You’re not happy
I can’t stress this enough, but relationships need to bring you happiness and joy, not things that destroy it. Happiness means that you are comfortable enough with your partner that he lights that little spark of joy in you and it seems like fire. If you’re more miserable than happy, then I don’t know what you’re doing with him.

9. You both get easily irritated
Everything seems to make you cringe. All those habits your partner has that seemed cute at the beginning you now find to be annoying. When he leaves wet towels on the bed, you start screaming like he never did anything right in the relationship. And the same happens to you whenever you do something small, like comment on a movie, and all he does for the rest of the day is call you out because of what you said.

10. The sex is good, but…
You might have been having the best sex ever! But if sex is the only thing that goes right in the relationship, then there’s no way you can say that you’re compatible with your partner.

Related Items
← Previous Story 6 Stages Of Grief Once You Break Up With Him
Next Story → 20 Sure-Fire Signs Of A Man’s Attraction (Is He Interested Or Not?)